The magazine “World Channeling” has published a number of articles with materials (information) from Kryon and other Spiritual Beings about the Great Experiment.  It has been lasting on Earth and the whole Galaxy for 5,000,000 years.

The completed in 2012 Experiment of Duality was a part of the Great Experiment.  In fact, it was a grandiose immersion in low-vibration matter with a robust separation from the Spiritual world.  The Reptiloids have played a significant role in it. 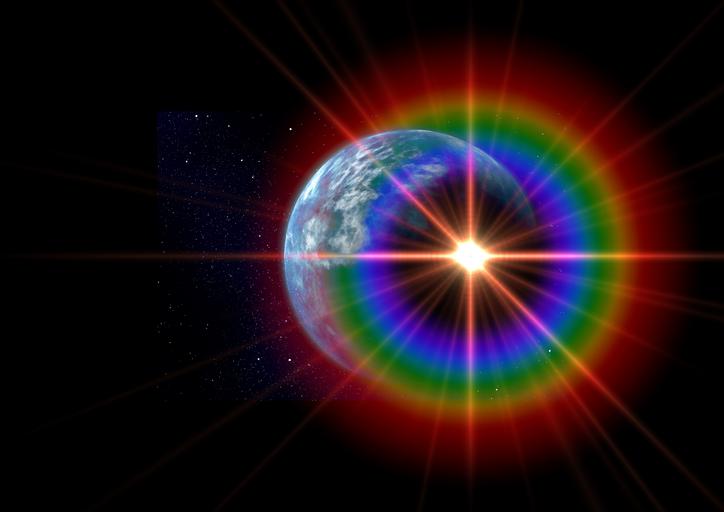 The Earth is an experimental planet for obtaining new experience in many evolutionary directions.  In the future, the Earth will become a center where the most important events will unfold to transform the current Universe and create new worlds with billions of new life forms.

Essence of the Great Experiment is the creation of a new 16th dimensional Universe out of the current 13th dimensional Universe.  The Earth plays a very important role in this Great Experiment.  Having its manifestations in all 13 dimensions of the Universe, the Earth is already acquiring new forms of three new dimensions: the 14th, 15th, and 16th.  Humanity is the most important genetic organism in which the genetics of the “lower” and “higher” dimensions are united.  Humans have the genetics of many civilizations, not only from the Milky Way, but also from other galaxies.

The Great Experiment on the planet Earth was originally conceived as an intergalactic experiment of universal significance.  It implies the creation of a uniformity of dimensions and a new multidimensional lifeform on the basis of the Unified Multidimensional Genome which will allow to live harmoniously at once in all 16 dimensions.

It was 16 extraterrestrial civilizations that created the four-dimensional genetics of mankind. The unifying center of these civilizations in this project was the Pleiades.

The human genome on the basis of 16 star civilizations has been created during the last five million years of the evolution of the planet.  These 16 star races have given star seeds for the genetics of modern man. They represent the unity of the 16 dimensions and the Unified Multidimensional Genome. All these civilizations are among the authors and participants of the Great Experiment.

Kazan (capital of modern Tatarstan of Russia) is an important energy-crystalline center of the Earth. Here, in the former Borea (capital of Eurasian Hyperborea), there is a multidimensional genetic center from which the spiral of the structure of the 16 Lemurian Crystals is untwisted over the planet.  They were brought to Earth more than 26,000 years ago, before the entrance of mankind and the Earth into the final stage of the Duality Experiment.  The task of the Crystals is to begin today on a subtle level the transformation of the human genome into a New Multidimensional Genome allowing people to live in all dimensions at once.

The Great Experiment has its own stages.  The last stage began 100,000 years ago when 16 star civilizations united to create the biological and multidimensional body of modern man.  These were civilizations from the star systems of the Pleiades, Andromeda, Arcturus, Orion, and others.

In the span of 550,000 – 100,000 years ago various civilizations lived on the Earth, among them were Lumania, Arimoya, Horayoniya.  Not all of them resembled modern man. Arimoya, on a subtle plane, was preparing the arrival of the Lemurians, from which the Atlanteans later budded. The history of Atlantis was prepared by the Horaions.

The main stage of the experiment began about 5,000 years ago, when the above four continuums were again corroded.  It was at this time that the Aryans (from Catarus) laid the foundation of the Indo-European civilization and realized the continuity between the past civilizations and modern human society.  They created Tartoaria.  The “Veil” was condensed for the last time and all matter passed to another wave frequency.

The year 2012 was a trait behind which it became impossible to return to the old scenario of the development of a technogenic civilization based on egocentrism.  A new unique scenario has begun.  It has not yet been created in this Universe.  It is planned that by 2037 the above “Veil” between the Earth and the rest of the Cosmos will decrease so much that the Earthlings will begin to feel the beating of hearts of those who are helping them now from the other side of this “Veil”.