Karnataka, former the Kingdom of Mysore, is a state in the south western India.  The coat of arms of Karnataka is based on that of the Kingdom of Mysore.  That state was enlarged in 1956 and renamed Karnataka in 1973, but the official state emblem remained the same that is the bird Gandaberunda.  In Hindu mythology, Gandaberunda is a two-headed mythological bird that possesses immense magical strength and capable of fighting the forces of destruction.

The official emblem of the Karnataka state government is a two-headed bird Gandaberunda, depicted on the state coat of arms.  It is topped by the Lion Capital of Ashoka that is also the emblem of the Government of India.  Initially, the Lion Capital topped the Ashoka Pillar in Sarnath, where Buddha made his first sermon (6th century BCE).

Asoka showed himself not only as a talented statesman and military leader.  In the history of mankind, he remains an example of a great warrior of spirit and enlightener.  In the 3rd century BCE, Ashoka spread the idea of ​​nonviolence around the world.  In the 12th century Mahatma Gandhi showed that the spirit of humanism is stronger than any powerful weapon.

Grandfather of Ashoka, the founder of the Mauryan Empire and the first in the history of the unification of India, Chandragupta, was an adherent of Jainism.  At the end of his life he refused the throne and accepted penance.  He ended his life from voluntary starvation. 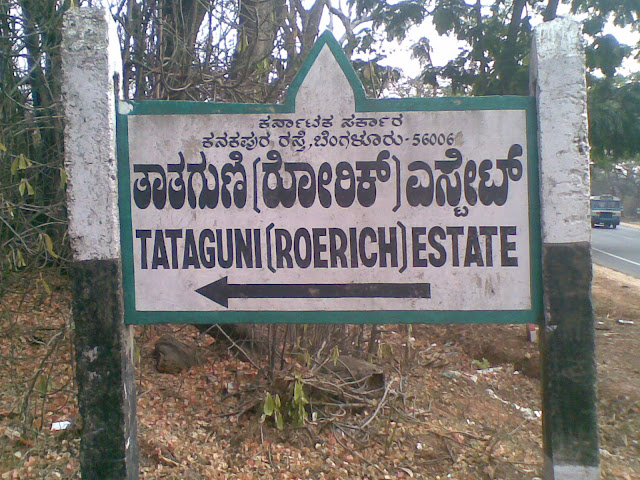 Depictions of two-headed bird Gandaberunda show similarity to the Double-headed eagle (also symbol of Russia).  Gandaberunda in many old temple images has tail feathers resembling a peacock, which is the national bird of India.  Peacock is the symbol of the above mentioned Ashoka’s dynasty.  Peacock with open tail (associated with open conciseness in esoteric teachings) is on the cost of arms of the Russian city of Serpukhov in the Moscow region.

The two-headed eagle was known to the Hittites from the 2nd millennium BCE.  Later on their former lands appeared Byzantium, which is associated with the appearance in Russia of a two-headed eagle in the 15th century after marriage of Russian monarch to a niece of the last Byzantine Emperor. 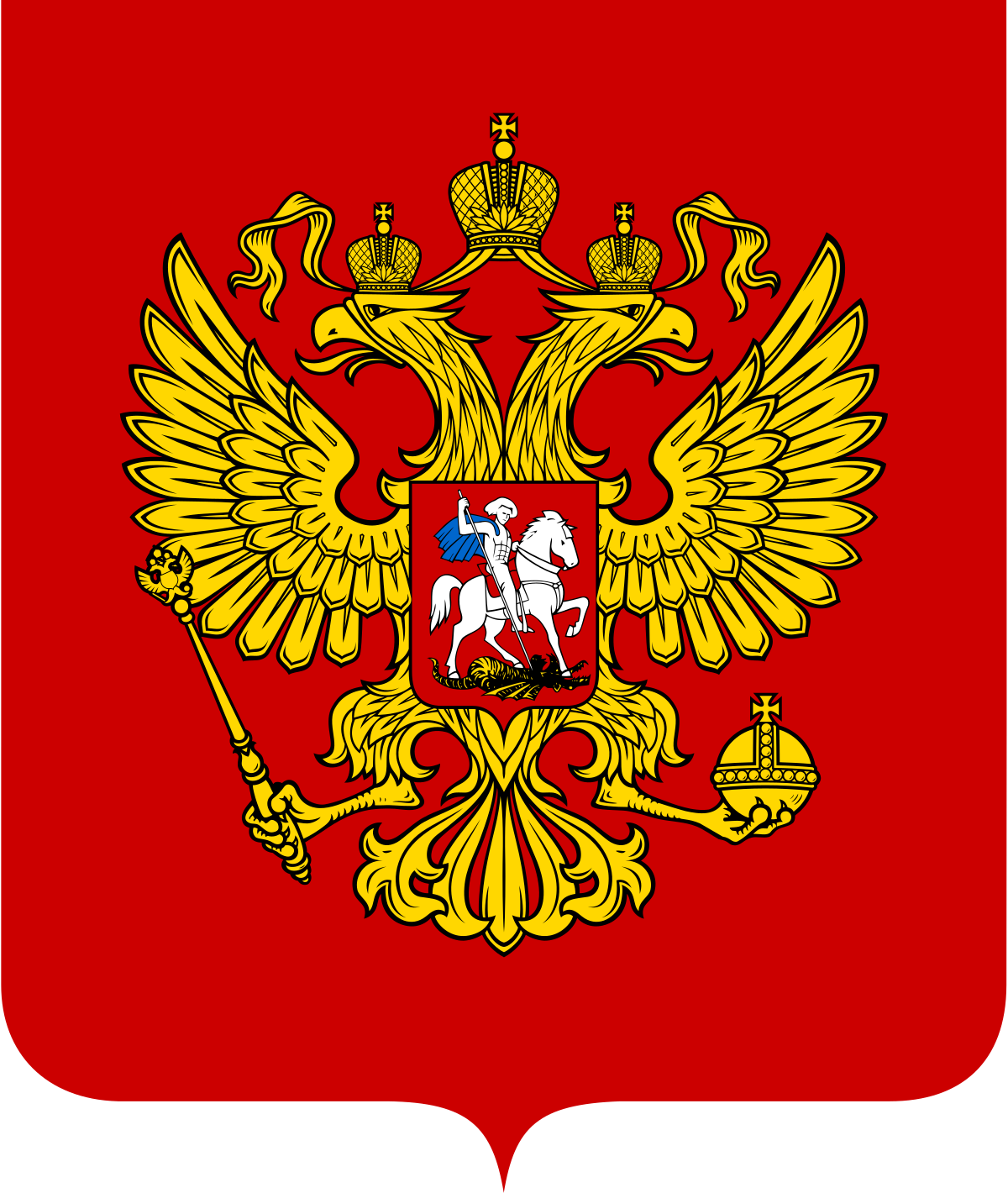 In the clutches of the Hittite double-headed eagle there were two victims.  In the Russian coat of 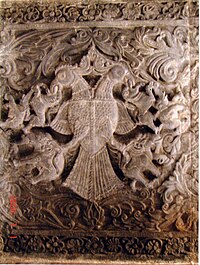 arms, royal regalia are used instead of them, a scepter and a power.  Gandaberunda is usually depicted as carrying in its paws elephants and lions.  A similar motive is present at the church of St. Dmitry Solunsky (St. Demetrios of Thessaloniki) in the Russian town of Vladimir.  It is believed that the griffons
carved on its facade are winged creatures, half lions, half-eagles, originally from India, where they guarded huge treasuries with gold.  Today Gandaburunda is on the coat of arms of the Karnataka State, formed on the lands of the former Mysore principality.

On the way between the former capital Mysore and the current state capital, Bangalore, is the

Tataguni Estate of Svyatoslav Roerich and his wife Devika Rani, the star of Indian cinema and the great niece of the great poet Rabindranath Tagore, the first non-European who was awarded the Nobel Prize in Literature.

It is known that the Nobel dynasty earned a fortune in oil production and industrial production in Russia.  Their office was in Rybinsk (Yaroslavl region), now it is a museum. 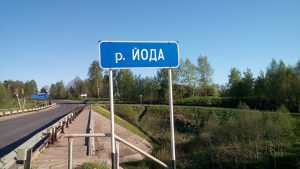 At 17 kilometers from the center of Rybinsk there is the source of the Yoda River.  In the film Star Wars (a worldwide pop culture phenomenon), Yoda is the Grand Master of the Jedi Order, defenders of peace and justice in the Galactic Republic.

In Sanskrit, Yoda means “warrior”.  In Hebrew, Yoda means “I know”.  In Hebrew, “Masada” is a “fortress”, in Sanskrit it is a “turtle”.  This is how the name of the divine Vedic sage Kashyapa is translated from Sanskrit.  The tortoise symbolizes wisdom, wealth and longevity.  Interestingly, on the World Turtle Day (May 23), at the age of 98, John Rockefeller died.  He was the first American billionaire and founder of this clan.  His grandson David Rockefeller died at the age of 101 in 2017.  He was born in 1915, on June 12.  From 1991, this day has been celebrated annually as the Russia Day.

In Russian folk calendar June 12 is also the Serpent’s Feast.  It is the celebration of the name day Vasily, which comes from the ancient Greek word ‘Basileus’ (i.e. Ruler).  The title of the Byzantine emperors (Basileus) is etymologically identical with the legendary king of serpents Basilisk.

The Principality of Mysore heroically resisted the English colonization for 40 years. It became the last of the Indian principalities, which lost their independence and became part of the land of the East India Company.  The Wodeyar, the ruling Mysore dynasty, came from Dwarka, from the Yadava clan.  It was said above about the Yada River in the Vladimir land, where the modern Russia began (in 12th century), with its double-headed eagle on the coat of arms.  The two-headed bird of Gandaburunda was depicted in the heraldry of the Mysore Principality.  Mention of it is found in ancient Hindu texts, in particular in Vishnu Purana.

As said above, the name of the Maurya dynasty comes from Sanskrit.  In Sanskrit, ‘maura’ is a ‘peacock’».  Saint Mountain Maura is located in the Kirill district of the Vologda region.  In 14th century, from the peak of this mountain St. Kirill saw the place that the Mother of God had showed him for the foundation of the monastery, which later became a significant creation of Russian culture.  His is located on the shore of the Siver Lake. In Sanskrit, ‘sivara’ means ‘ephant, which is one of the ancient symbols of India.

Today, the coat of arms of the Republic of India is adorned with the capital Ashoka.  Moreover, Ashoka 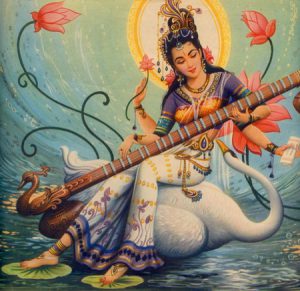 Chakra is the highest Indian order of peacetime.  In the Yaroslavl region, 25 km from Rostov, which stands on the shore of Lake Nero, is the village of Osokino.  Ahsoka or Asoka is a Sanskrit word meaning “non-evocative of sadness”.  Near the Osokino river flows Sara. In Hinduism, Saraswati is the goddess of wisdom, knowledge, beauty, etc. In Sanskrit, its name means “rich in waters”.  Initially, she was a river goddess.

In Hindi, ‘Russian’ is ‘Rus’.  In Sanskrit, ‘Rsi’ means ‘sage’ or ‘rsis’.  Rsi also means a ray of light and asura.  Osurovo is in the Yaroslavl region (see above).  In the Hindu mythology, the Rishis are those great enlightened sages to whom the Rigveda was discovered.  It is the ancient Indian collection of Vedic Sanskrit hymns.  Rigveda consists of ten books or Mandal.  Each mandala consists of hymns, called sukta.  Sutka is a river in the above-mentioned Yaroslavl region.

Between Bangalore and Mumbai there is village named Almatti.  It is located on the River Krishna (over 1,300 km long), one of the largest rivers of the Hindustan Peninsula and the Deccan Plateau (Sanskrit: Southern). Krishna a Yadav, i.e. a descent from the King Yadu.  River Yada is near the previous Russian capital city of Vladimir (lit. “One who rules the world”).  As per the Aryan Varna, Krishna was a Kshatriya.  Deccan Traps (made up of lava flows) is the volcanic base of the entire peninsula.  Here, there is the concentration of the main Hindu shrines and very fertile soils, formed as a result of the destruction and crushing of volcanic rocks.

The Siberian Traps are the largest in the word.  They occupy most of Siberia between the Yenisei and Lena rivers.  The Putorana Plateau, located the northwestern edge of the Central Siberian Plateau, is the place of the geographical center of Russia.  The Deccan Plateau is second after the Siberian Plateau.

Rich kingdoms have flourished on the Deccan Plateau, including Golconda, which had the largest diamond mines.  The most famous diamonds of the world have been found here, including Kohinoor, now placed in the crown of the English queen.  The largest of the diamonds found in India has been discovered in the Golconda area.  After cutting it became the world famous diamond Orlov.  In the 18th century it was encrusted in the Imperial Scepter of the Russian empress Catherine II.  It is believed that this particular diamond adorned the famous Peacock throne of the Great Moguls.

The Deccan Plateau is located to the south of the valley of the sacred River Ganges.  The source of the River Krishna is a spring flowing from the mouth of the statue of the sacred cow in the ancient Shiva temple in Mahabaleshwar in the Indian state of Maharashtra in the western region of India, whose capital is Mumbai.

The above-mentioned village of Almatti has given its name to the famous Almatti Dam on the Krishna River, being one of the longest rivers in India.  The Krishna River carries its waters from the Western Ghats to the Bay of Bengal through the Deccan Plateau.  In Sanskrit, “alimat” means “swarm with bees”.

In Hinduism, honey is one of the five elixirs of immortality.  The true immortality comes from connecting to the Divine Mind as stated by Hermes Trismegistus.  The first European who reached India and documented his visit was Russian merchant Afanasy Nikitin, born in Tver.  Translated from Greek, the name Afanasy means Immortal.  In Sanskrit (literally ‘Divine Language’) with the word ‘honey’ are connected such concepts as: sacred, mind, wisdom, life experience. 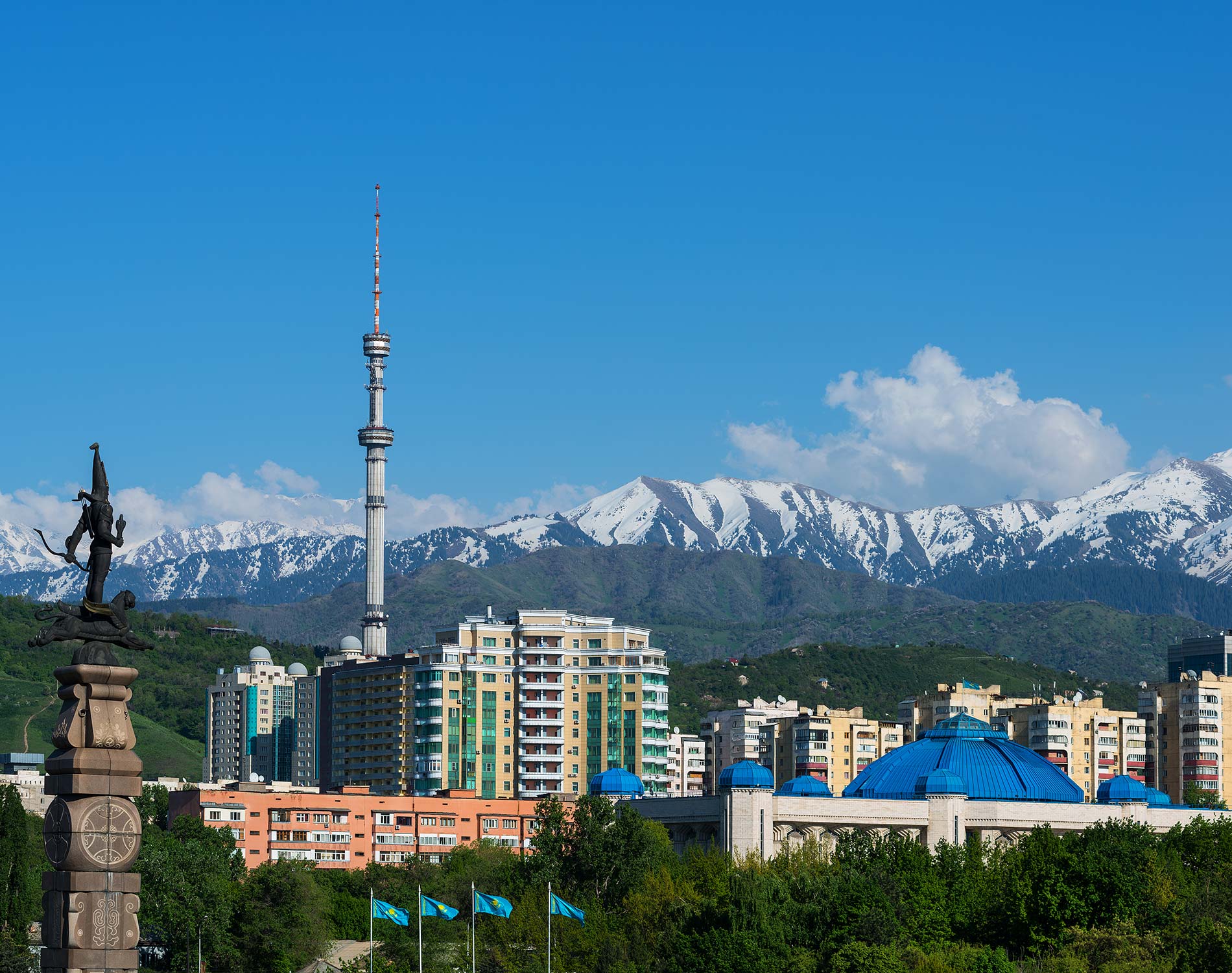 The above mentioned Indian Almatti has certain linguistic and cultural ties with Kazakhstan Almaty, located 2,990 km north from Almatti.  Moreover, Almaty and Almatti virtually lie on the same meridian.

In 50 km. from Almaty, in the area of Lake Issyk.  The famous Issyk-Kul Lake in

Kyrgyzstan is one of the deepest lakes of the planet, and is located 70 km to the south from the Lake Issyk (Kazakhstan).  In 1969, near this lake was discovered the Issyk gold man (Saka warrior in gold clothes) that has became one of the national symbols of Kazakhstan.

White Sak or Arsak was the founder of the Parthian kingdom.  In the Almaty region is located the largest number of Saka mounds, surrounded by very unusual structures. For the unconquerable Saks (Scythians) this was a special sacred place.

In Soviet times, the name Almaty was incorrectly translated from Kazakh as “Father of Apples”.  On the other hand, “Big Apple” is the most famous nickname of New York, having ancient ties with Russia.