The most famous legend of the Greek mythology is the story of the Argonauts, led by Jason (in the years before the Trojan War, around 1300 BCE).  They were bravest band of 50 prehistoric heroes ever assembled in Greek Mythology.  The Argonauts (literally meaning ‘sailors of the Argo’) quested for the Golden Fleece and the restoration of Jason’s throne.  Jason’s uncle had usurped the throne and promised to surrender his kingship to Jason if he would retrieve the Golden Fleece from Colchis.  It is believed to be the second oldest adventure story in the Western World after the Epic of Gilgamesh (performed in the Middle East during the New Year feast).

Actually the name of Colchis was fixed by modern researchers in the works of the ancient Greek authors Pindar and Aeschylus only in the middle of the 1st millennium BCE.  Aeschylus is often recognized as the father of tragedy.  Pindar (c. 522 – c. 443 BCE) was one of the canonical nine lyric poets of ancient Greece and greatest of them, his work is the best preserved.  Like other poets of the Archaic Age, he had a profound sense of the vicissitudes of life, but he also articulated a passionate faith in what men could achieve by the grace of the gods.  He firmly believed in divine omnipotence, didn’t trust knowledge, appreciated wealth and fame, and recognized only the inborn valor. Pindar reflected on the power of the gods and the unknowability of their plans.

In Sanskrit, Pindara means «religious mendicant» and «expression of censure», whereas Pindaraka is a «bridge».  The term bridge is not only related to a structure carrying a path across an obstacle.  A bridge is also associated with connecting worlds and different dimensions.  It can also be an enclosed platform on a ship from which the captain and officers direct operations.  The rainbow resembles a bridge.  In Genesis, God says «I have set My rainbow in the clouds, and it will be the Sign of the covenant between Me and the Earth».  This common and familiar phenomenon is being made the pledge of peace.

Pindara, also known as Pindaraka, is a village near holy Dwarka, on the shoreline of Gulf of Kutch, in the Gujarat, India.  Indian Dwarka and Russian Tver are related.  The

Mahabharata mentions Pindaraka as a pilgrim.  A mountain with mystic powers is said to be situated in Saurashtra near Pindaraka temple.  Saurashtra is a peninsular region of Gujarat, located on the Arabian Sea coast.  It covers about a third of Gujarat state, notably 11 districts of Gujarat.  Saurovo is a village in Moscow region.

The above mentioned Indian state Gujarat is not only home to Pindara and Saurashtra, but also home to one of the largest collection of dinosaur fossils and eggs in the world.  It is one of the few states in India which has a huge wealth of fossilized dinosaur remains.  Indroda Dinosaur and Fossil Park in Gandhinagar has the second largest hatchery of dinosaur eggs in the world. It is is the only dinosaur museum in India.

Pindara is the place where the saints (rishis) cursed Yadava clan.  Krishna was a Yadava.  The River Yada flows near the city of Vladimir, the capital of Russia (Rus) before Moscow.

A tirtha is a Hindu place of pilgrimage, especially one by a river or lake.  The tirtha called Pindaraka (Pindara) is frequented by ascetics and capable of producing great merit.  By bathing in Pindaraka, one obtains the fruit of the gift of gold in abundance.

The greatest Indian epic Mahabharata begins with history of Nagas, in astonishing detail.  Noginsk (pronounced as Naginsk) is a city near Moscow.  Pindaraka is the name of a principal Naga chief.  Naga literally means a Serpent or a Serpent-god.  Janamejaya, the great-grandson of Arjuna (the main central character of the Mahabharata), wanted to exterminate the race of Nagas, since the Naga king Takshaka was responsible for the death of his father Parikshit, the lone descendant of the House of Pandu.  Parikshit’s bodily existence ended due to the curse of a Brahmana, who used Takshaka (who also the ruler of Taxila) as the instrument of death.  Janamejaya attempted a great sacrifice that would destroy all living serpents.  The persecution of the serpent race was stopped by a learned sage named Astika. In Sanskrit, Astika means “knowing that which exists” or “pious”.  Astoka’s mother Manasa was a Naga and his father a Brahmin.  In Sanskrit, «manasa» means «mental», «spiritual».  Manasa was sister of Vasuki, king of Nagas (snakes).  Sesha was born first, and then Vasuki.

Vasuki is Shiva’s snake, coiling around his neck.  Shiva blessed Vasuki and wore him as an ornament.  Vasuki allowed both the devas and the asuras to bind him to Mount Mandara, so that they could use him as their churning rope to extract the amṛta, the nectar of Immortality.  Amrita literally means «immortality»

Vasuki is the name of a number of villages in Russia.  It is also a fictional city of the classic Soviet satirical novel «The Twelve

Chairs», released in 1928.  Today, Vasuki is also a metaphor for an insignificant town or village that claims to be the grandiose center of the country and the Universe.  Some authors consider the prototype of Vasuki provontial Russian town of Vasilsursk, located on the conjunction of the Sura River and the Volga.

Also, the Vasugan Swamp in southwestern Siberia is one of the largest swamps in the world.  It has about 800,000 small lakes in it.  The swamp is a major reservoir of fresh

water.  It is the source of many rivers that have names translated from Sanskrit.  Originated here they belong to the basin of the great Siberian river Ob.

Janamejaya’s mother was Iravati.  His grand-mother was Uttara. Uttara-Kuru is a mysterious Northern country in ancient Hindu and Buddhist mythology.  It is well associated with modern-day Russia.

From Dhritarashtra’s Naga Race was Sukhana.  The River Sukhona (often pronounced as Sukhana) with the River Yug form the River Northern Dvina near Veliky Ustyug, located in the Russian North and could be literally associated with above mentioned Uttara-Kuru.

In the Mahabharata, Dhritarashtra (lit. “He who supports/bears the nation”) is the King of Hastinapur at the time of the Kurukshetra War, the epic’s main event.  He was fathered by Veda Vyasa (“the one who classified the Vedas”), who is generally considered the author of the Mahabharata and the scribe of the Vedas.  The River Vyas is a tributary of the Russian Sura River.  The teacher of Vyasa was Narada.

Dhritarashtra’s mother Ambika was a daughter of the king of Kashi (now Varanasi, place of Buddha’s first sermon).  Ambika was also step-mother of Pandu and grandmother to Kauravas and Pandavas, who fought each other on Kurukshetra.  Pindara Temple is situated in the heart of the Indian state   Haryana.  The city of Kurukshetra (also named as the “Land of Bhagavad Gita”) is located in Haryana.  Kurukshetra lies at distance of 160 km from New Delhi and about 80 km from Chandigarh, located on the same parallel with Almaty (important spiritual region of the Scythes).

Stewart Swerdlow in his work “Blue Blood, True Blood: Conflict & Creation” states that the leader of the Earth’s Illuminati is called the “Pindar”.  Symbolically, this represents the top of power and control.  The true current Pindar is the head of the Rothschild family, as has been for several hundred years. He is based in Germany near Frankfurt-on-Main.  The holder of this rank reports to the purebred 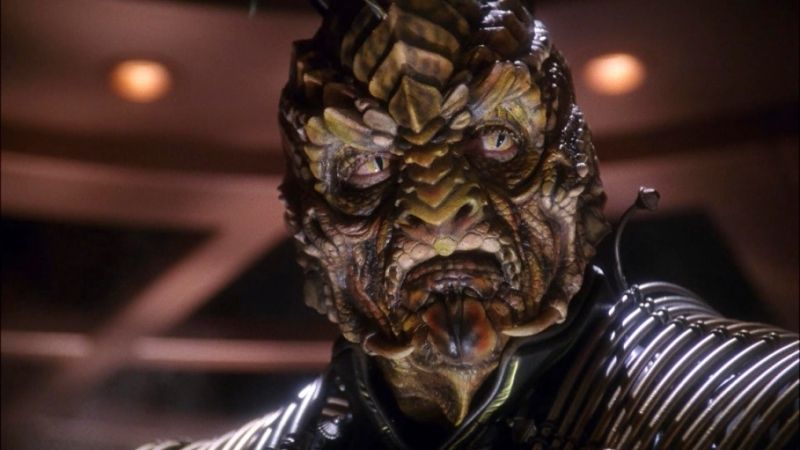 Reptilian leader in the Inner Earth.  The World Channeling magazine describes the Reptiles as a part of the so called Restraint Forces called to Earth within the Great Experiment, started 5 mln years ago.

The great-uncle of Stewart Swerdlow was Yakov Sverdlov (1885 – 1919), the chairman of the All-Russian Central Executive Committee, the highest legislative, administrative, and revising body of the Russian Soviet Federative Socialist Republic from 1917 until 1937.  Part of its flag is still the part of the flag of the Vladimir region, having many Sanskrit names, including Agra, Tara, and Sudogda.

In Indian Sanskrit epics, Pindaraka is the name of a principal Naga chief (i.e. Reptile).  Naga literally means a Serpent or a Serpent-god.  In the Mahabharata, Pindara (also known as Pindaraka) is a sacred place.  From the mouth of the above mentioned Vladimir River Agra to the Lake Pindovo is only 17 km.  Only 11 km is the distance from the Lake Pindovo to Kovrov, whose initial name is likely to be Kobrov (Cobra), like in other Russian places of planetary significance.  Also, Pinda is the name of the river and mountain peak in the Far East of Russia.

Russia is a great water power, possessing a unique water coast with a length of more than 60,000 km.  One fifth of the planet’s rivers flow in Russia.  Prominent Soviet Communist party leader Yakov Sverdlov was born in Nizhny Novgorod located on the Sanskrit named Volga, one of the largest rivers of the world.  A number of sources claim that Sverdlov played a major role in what is known today as Ganina Yama.  A few locations in the former Soviet Union still bear Sverdlov’s name.  For instance, the Sverdlov region in the Urlas, whose highest peak is named after the great Indian sage Narada.  The Sverdlov region is among the richest and most industrialized Russian territories.  Administrative center of Sverdlovsk region is Yekaterinburg, former Sverdlovsk (from 1924 to 1991), the home city of the first Russian President Boris Yeltsin.  It is the fourth-largest city in Russia, located on the Iset River, in the middle of the Eurasian continent, on the border of Europe and Asia.  From the Urals this line goes via the Manych and the Don rivers.  How London is related to the Don is another issue.  Norwegian explorer Thor Heyerdahl has identified the Don River delta as the place of Asgard, the adore of Odin and his gods.

Interestingly, Asgardia, also known as the Space Kingdom of Asgardia, is the project of Baku-born Igor Ashurbeyli, a Russian-Azerbaijani

scientist and businessman, the creator of the proposed ‘space nation’ of Asgardia.  Its logo is the ancient symbol, also known as the Flower of Life, like in the case with the Kingdom of Manna that is aimed to relieve poverty on the planet and improve the living circumstances of all Beings, in accordance with Natural Law.  Igor Ashurbeyli is a descendant of the Azerbaijani noble family with an extensive history and bloodline, originated from Ashur khan Afshar, who was Nadir Shah’s relative and vicar of Iranian Azerbaijan.  Nader Shah ruled Persia (Iran) from 1736 to 1747 and became one of the most powerful Iranian rulers in the history of that nation, «the last great Asiatic military conqueror».  Nader Shah invaded and raided the Mughal Empire in 1739.  His troops sacked Delhi.  The Great Mughal lost even his fabled Peacock Throne to Nader Shah.  Thereafter, it served as a symbol of Persian imperial might.  Nader Shah also looted the world famous Koh-i-Noor («Mountain of Light») and Darya-ye Noor («Sea of Light») diamonds.

Also, Ashur or Assur (present in the surname Ashurbeyli) is the maine of chief deity of militant Assyria, whose ally was Manna Kingdom, existed in the 1st millenium in present-day Iranian Azerbaijan and the Republic of Azerbaijan (the South Caucasus), described as Paradise.  The name Asgardia have been chosen as a reference to Asgard inhabited by the gods.